Is tai chi effective for self defense? 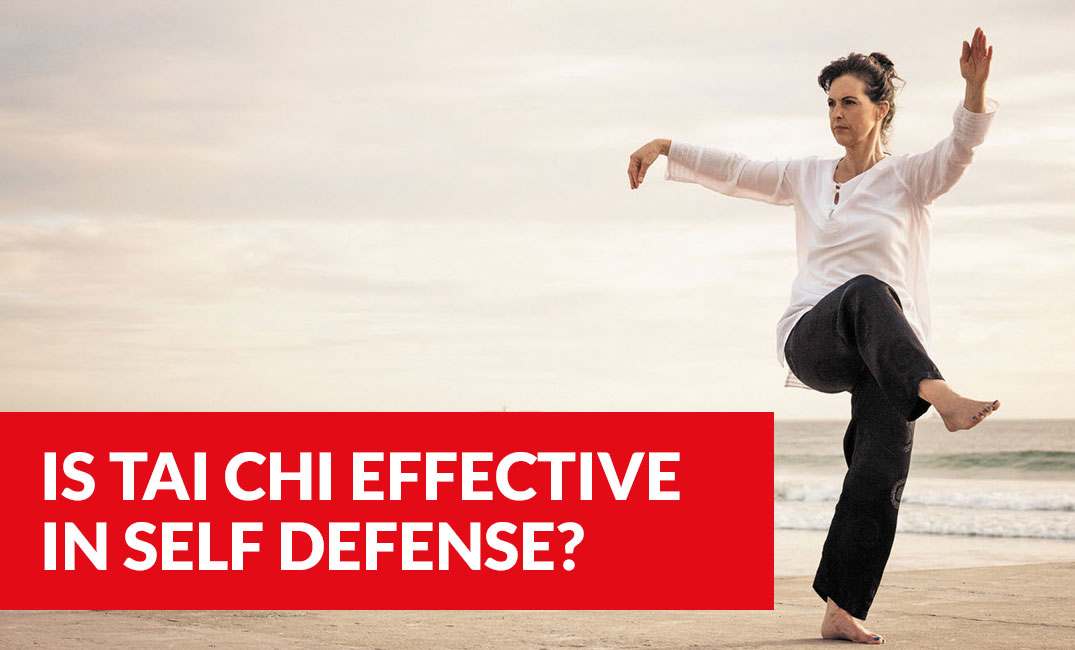 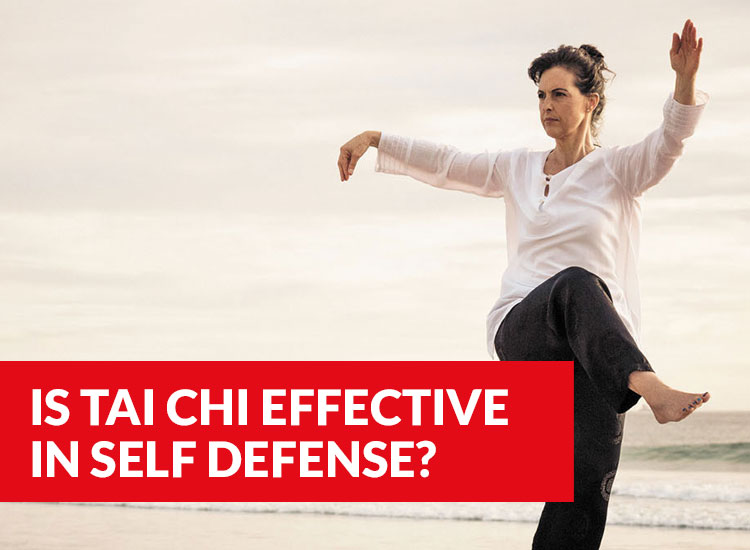 There's no doubt that karate is my main art, but I also like tai chi (taijiquan). Like it's the case with Karate, tai chi can be a very effective form of self-defense if learned, studied, and trained correctly. Learn the forms and practice their applications with a partner, and you’ll be on the right track to be effective in self-defense. After all, tai chi is a form of Kung-Fu.

You know what? In termes of effectiveness, it’s not so much about tai chi itself (I said that about karate too!) but more about the practitioner. One practitioner’s competence or incompetence is not a representation of the art, whether it’s tai chi or any other sports or practices.Imagine a golf player that’s good at long-range shots but poor at putting.

By watching him unsuccessfully trying to putt, would you conclude that golf is not good at putting? Would you say that golf is not suited for getting that ball into the hole? Obviously not, that would be ridiculous, right?

The only logical conclusion would be that THIS particular golfer is not good at putting. The problem is not golf itself, the problem is the person that practices golf. Maybe he or she did not practice enough.

Perhaps he or she did not practice the right way or is simply not good at it, but in no way golf as a sport can be blamed for its player’s inferior quality.

The same could be said about tai chi or any other martial arts. If you want to be effective at using tai chi as a self-defense method, practicing forms only or training application 5 or 10 minutes a week won’t be enough. If you want your tai chi to be effective in a real-life situation, you need to work at it intensely and in a certain way.

In this article, I’ll explain in detail the steps needed to use tai chi for self-defense.

The 3 biggest problems with tai chi for self-defense

Most people don’t know that tai chi is actually a martial art, and those who do generally believe that it’s an ineffective self-defense method. Sadly, I can understand why.

Unfortunately, the tai chi that’s taught today by the vast majority of teachers is merely a watered-down version of the real thing.

That might sound harsh, but most schools have lost their way when it comes to tai chi. Instead of teaching martial applications, they focus solely on the health aspect of tai chi like relaxation, stress management, and healing.

As you can imagine, that makes it pretty hard to find a tai chi school or class that actually teaches the martial applications of the art. Renowned Tai Chi Master Yang Jwing-Ming has an amazing DVD series on Tai Chi Fighting, check it out!

Sadly, that’s even the case in China. Of course, compared to the Western World, more people in China teach and practice tai chi as a martial art, but since the ’70s, “health” tai chi is also on the rise there.

2. Those who know about practical tai chi don’t spend enough time practicing it

Of course, some people are interested in the martial aspect of tai chi, but unfortunately, those people don’t spend enough time training.

Some schools do work on tai chi applications, but only 5 or 10 minutes a week (or less!). No wonder why most tai chi practitioners suck at applications.

If you seriously want to improve your martial tai chi, you need to dedicate more time practicing the applications with a partner.

As I said before, the number one reason why the vast majority of tai chi practitioners are not effective in self-defense is that they practice health-oriented tai chi.

What that means is that they focus exclusively or almost exclusively on the health aspect of tai chi. While this approach is not wrong per se, it is definitely incomplete.

Real tai chi is composed of a Yin (health) and a Yang (martial) aspect, and both should be studied and trained in order to find balance in your practice.

Tai Chi master and author Bruce Frantzis has a great book about the healing power of Chi.

How to make tai chi effective for self-defense?

As I wrote before, tai chi can be effective if you study it and train it the right way. You cannot expect to learn self-defense casually. If you want to be good at it, you need to work on it solo and with a partner. Here are a few ways you can get your tai chi to the next level in terms of effectiveness.

Still, it takes time to understand the proper execution of the movements (bio-mechanics), relaxation, rooting, and state of mind. Like anything else in life, the more you’ll repeat a form, the more it will become second nature. Practice makes perfect.

If you are a beginner, Dr. Yang Jwing-Ming published a great DVD so that you can learn Tai Chi the right way.

2- Learn the applications of the forms

In order to be effective in self-defense, it’s not enough to practice the forms, you need to understand what the movements mean. That’s fundamental if you want to develop the martial side of tai chi. Practicing brushing the knee or single whip won’t get you very far in terms of self-defense if you don’t understand why you are doing it. Learn the martial meaning of EVERY movement.

3- Practice the applications with a partner

Ok, now you know the form, and you understand the movements. That’s excellent! It’s now time to apply those movements with a partner. That’s an essential thing to understand.

People falsely believe, especially in the West, That tai chi is a solitary practice. Don’t forget that tai chi is a Daoist practice, so again, remember the concept of Yin and Yang.

The Yin side of tai chi is practiced in solitary, whereas the Yang side is practiced with a partner. They go hand in hand, we must practice both.

Trying to be effective in tai chi through solitary practice is like trying to learn to swim by laying down on a bench and mimicking a swimmer’s movements. If you wanna learn to swim, you need to get into the water!

It’s easy (and comfortable!) to assume that your tai chi is effective, but it’s only when you apply them “against” a partner (not really “against”, but you get what I mean) that you can test your tai chi’s level of effectiveness.

For example, the attacker will strike with a right punch, and the defender will defend with “single whip” or you’ll try to grab your partner’s neck with both hands as he tries to defend with “wave hands like clouds“.

Training against predetermined attacks is a great way to improve many practical aspects of your tai chi, like your timing, distance management & coordination.

That basically means that you and your partners don’t discuss in advance which techniques the attacker will use; as the defender, you’ll have to react to what your partner throws at you.

As you can easily understand, that’s a practice that is way more demanding than working against predetermined attacks when you know in advance what’s coming at you. After a few training sessions dealing with undetermined attacks, you’ll be amazed at the positive results.

One of the most effective tools in tai chi is repetition. Practicing specific movements solo simply means that you choose a specific, simple movement of your choice and repeat it over and over again. That can be anything, from palm strikes to shoulder strikes, from punches to throws.

To make you understand the importance of repeating isolated movements by yourself, we’ll talk about the kicks.

Imagine that you practice the Yang 24 movement form that roughly takes 5 to 7 minutes to complete. In that form, you have 2 kicks. That means that if you practice the form for 30 minutes, you’ll kick around 12 to 16 times.

Now, show me ANY sports where practicing that few repetitions lead to effectiveness? NONE. If you practice 65 badminton smashes in a week, would you expect to be good at it? If you throw 65 baseballs, do you think that it’ll actually be enough? Of course not. Tai chi is no different.

If you want to be competent to defend yourself in a self-defense situation (I’m not even talking about mastery, just being competent), you need to repeat isolated movements over and over again.

The main benefit of repeating solo Tai Chi moves is the overall improvement of a specific movement in terms of speed and coordination. When you execute a move, whatever the move, your brain sends nerve impulses – electrical signals that travel along your nerves – to your muscle to produce an action.

The more often you repeat a movement, the quicker the nerve impulse travels, the faster and the easier you move.

I can hear you asking, “how many times do you need to practice those specific solo moves“? You might not like the answer… thousands and thousands of times. Yes, I’m serious.

Personally, I really enjoy training with a Tai Chi ball, it's a great way to train solo!

As we discussed in this article, the effectiveness of tai chi lies in the ability of its practitioners rather than in the art itself.

The movements and techniques of tai chi are totally applicable in a self-defense situation. Still, to do so, it’s imperative that they are taught, learned, and trained the right way.

Don’t fall into the trap of believing that because you are practicing tai chi forms, you have the skills to defend yourself if confronted with physical aggression.

Martial effectiveness won’t come to you by magic. That’s something that must be prepared and developed by training intensively, with and without a partner. 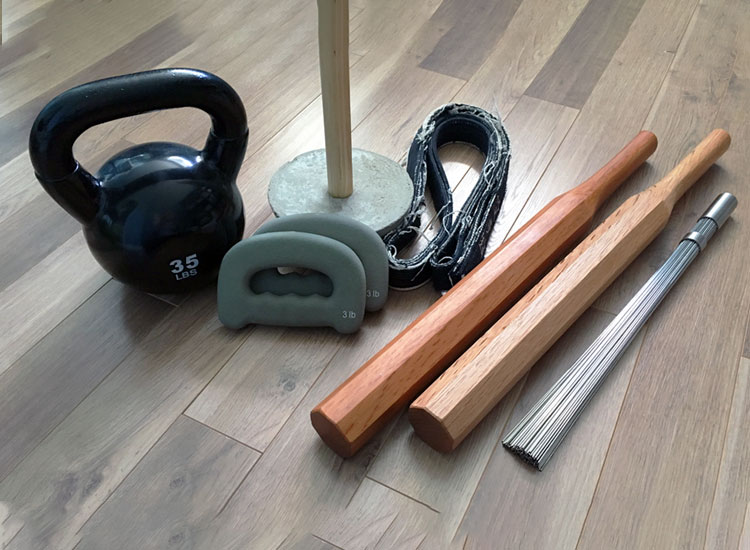 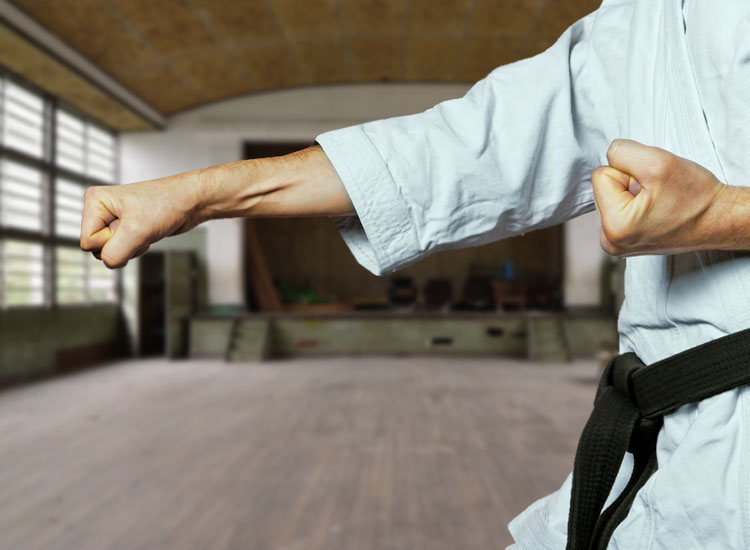 What is the best Karate style? 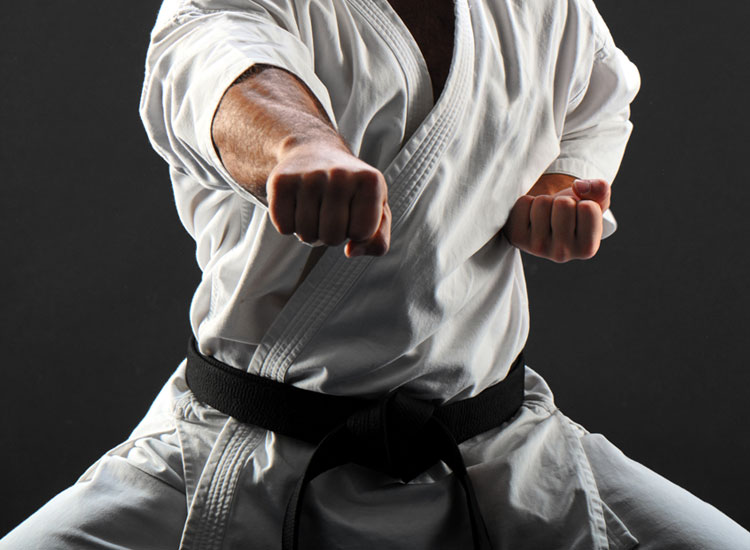 How to drastically improve the power of your Karate punch? 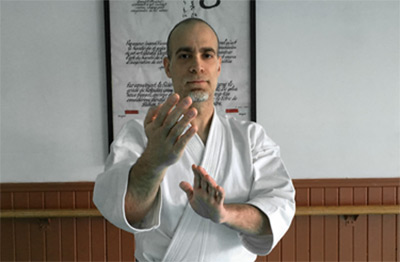 Let's discover and explore together the benefits and richness of Karate's Lifestyle - Martial Arts, self-defense, health, spirituality and more! 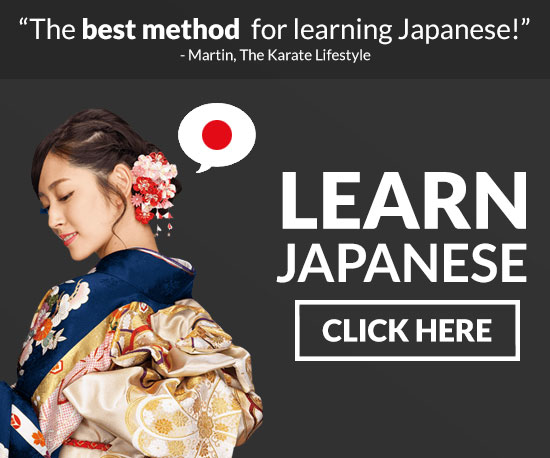